Disclosure: Information for this post was obtained from an attendee of a media preview. 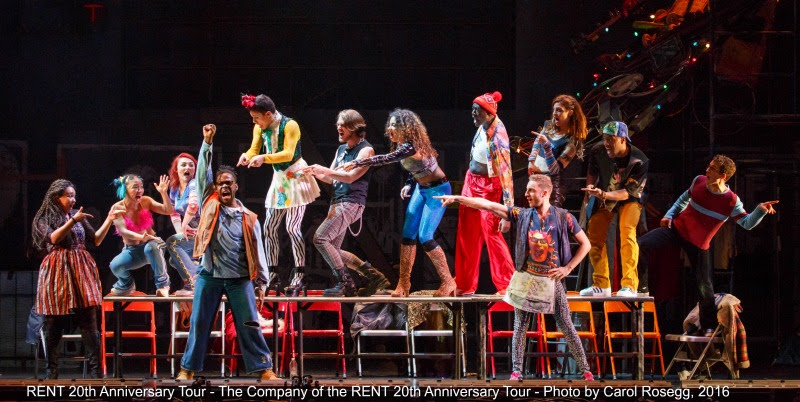 The award-winning musical RENT is on its 20th Anniversary Tour and will be coming to the Segerstrom Center for the Arts on January 6 – 8, 2017!  Based on the original direction of Michael Greif, Evan Ensign will re-stage this 20th-anniversary tour. Marlies Yearby (Tony Nomination, RENT) will serve as choreographer. This RENT 20th Anniversary Tour is produced by Work Light Productions, whose other touring productions include Cinderella, MAMMA MIA!, Irving Berlin’s White Christmas, Vocalosity and Crazy For You.

The story-line follows some trying times in the lives of seven artists struggling to follow their dreams without losing their identity. This is an emotional, exciting and energetic show of timeless themes and memorable songs. The story portrays an encouraging message of joy and hope in the face of fear.  While celebrating friendship and creativity we are reminded to measure our lives with something that truly matters—love. For more information on tickets and showtimes click on over to Lets Play OC to see how to reserve your seat.